Burger Kult at the Mash Tun 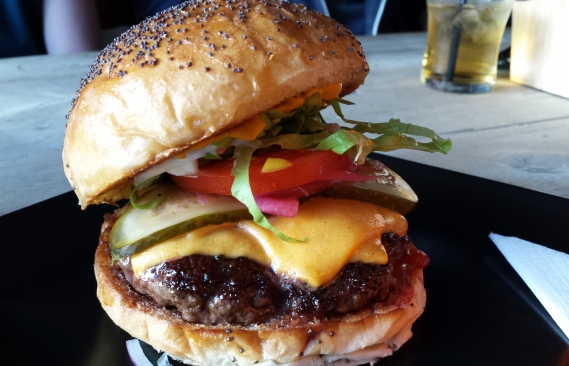 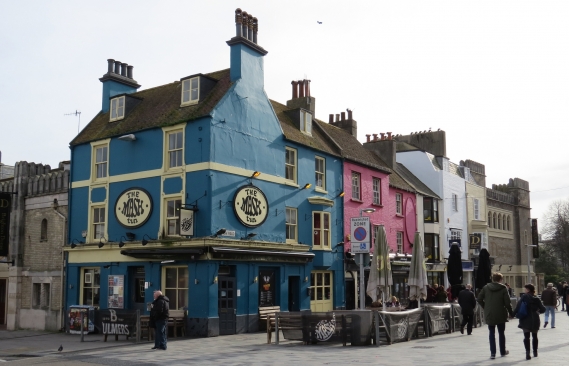 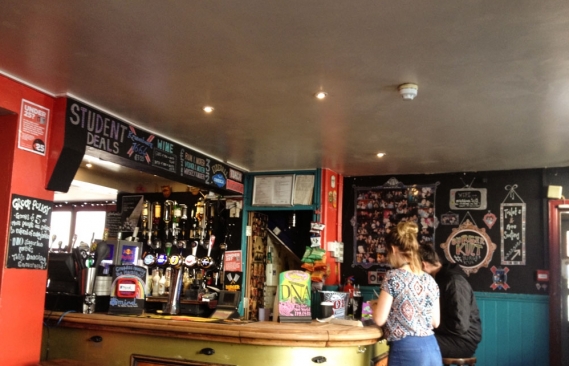 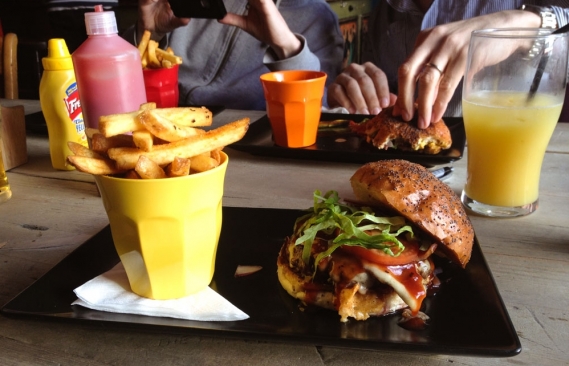 After much celebration last month as we added Abby to our burger review team, this month we bring you news of a return to four.

Alas, dear readers, Tristan was with us for the very last time as he heads off to pastures new. Click here

I know what you're all thinking Burgers fans. It's like when Robbie left Take That, Geri left the Spice Girls and Jay left 5ive all rolled in to one. But don't despair. We're dedicated to carrying on doing what we do best (apart from webby stuff); eating burgers and telling YOU all about it.

So, as it was Tristan's last day, he got to choose February's  restaurant of choice. We ummed and ahhed this month as we've now spent the best part of a year hitting some of Brighton & Hove's choicest joints and we wanted to make this one a bit special. There were a few on the list but in the end Tristan opted for Burger Kult at the Mash Tun on Church Street.

The Mash Tun is probably one of the best known boozers in Brighton, located just on the edge of North Laine and traditionally very popular with the town's student population. Don't let that put you off though (jokes!). We visited on a Friday lunchtime and found it pretty laid back and relaxed. Just the type of place we like to eat. Full of bearded Brightonians and hipsters.

The menu itself is pretty much the polar opposite of laid back and relaxed; with burgers as imaginatively titled as the Chuck Satan (ground chuck steak, maple bacon, red onion relish, BBQ bourbon sauce, creamy melted cheese), the Swine & Roses (ground pork, maple bacon and pork scratchings) and the Diskopunkrockstar (chicken breast, bourbon BBQ sauce and Applewood cheddar)! These burgers are coming for you. Believe.

Now, if you've been following us for some time you may already have worked out that young Greg ALWAYS goes for the menu's spicy little number. Well, guess what? This time he didn't!!

Stuart, Greg and Tristan all piled in to the Chuck Satan. This leviathan was absolutely beautiful! Packed to the rafters with added extras and with a burger patty ready to bring the house down! The meat was simply fantastic; juicy, cooked medium rare, seasoned to perfection and extraordinary!!

As we've encountered throughout our culinary journey, it's sometimes quite difficult to differentiate between all of the composite ingredients in the burgers we've tasted along the way. Sometimes, flavours get lost and we've even found that the patty itself can be overlooked, underseasoned and lacking oomph!

That's certainly not the case here.

Burger Kult's burger patties are absolutely banging; just the right size and perfectly in proportion to the surrounding ingredients.

My only slight issue with this particular burger was that after one bite, I was no longer able to pick the little blighter up. It was so packed full of juicy deliciousness that the bun couldn't contain the beast within. It collapsed completely and I'm ashamed to say it, but I had to finish it off with a knife and fork. Whisper it quietly and never mention it again.

Dan, breaking with his tradition of ordering the entry level burger went for Madonna's favourite burger (topical), the Whiplash. This cheeky little number contains a ground chuck steak burger with melted cheese, red sauce, gherkins, american mustard, mayo, lettuce, onions and tomato. Overall opinion from the governor? Pretty damn good. Tasty as a motherlover but would probably double up on the burger next time.

Sidebar - the waitress asked Abby if she was the witch.

Talking of the waiting / bar staff, the service was excellent. There were a few menu items that weren't available which initially lead to a bit of bad tempered teenager type behaviour from Stuart (it's so unfair etc). As was explained the menu was being changed next week so they were in the process of running down on a few of the ingredients - perfectly understandable and very well handled.

Highly, highly recommend this little beauty. I must admit we were a little apprehensive beforehand. We'd heard good things but weren't too sure what we were going to get. We weren't disappointed. It's bloody good!

See you next month burger lovers, alebit without Tristy B - all the best with your new venture!

Want to visit Burger Kult at the Mash Tun?