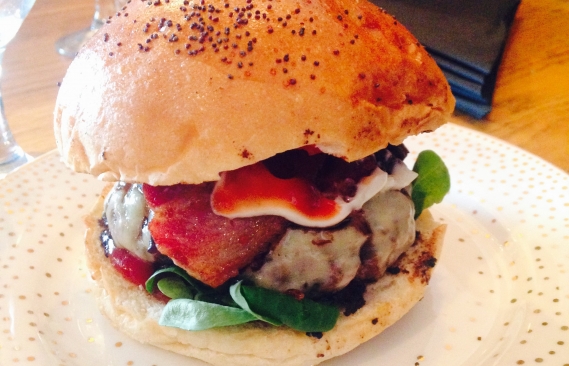 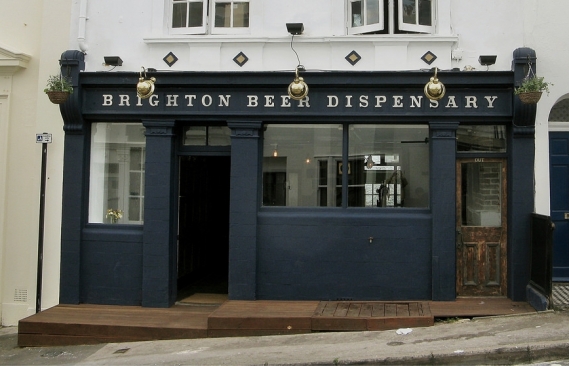 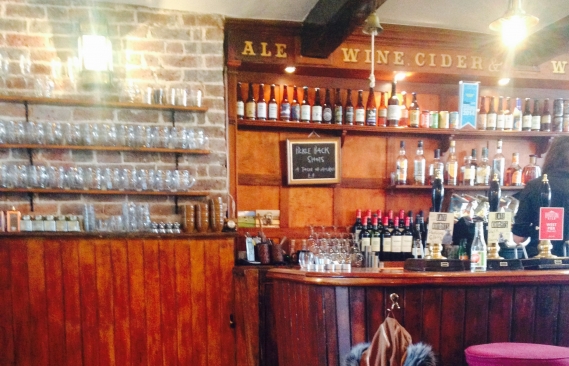 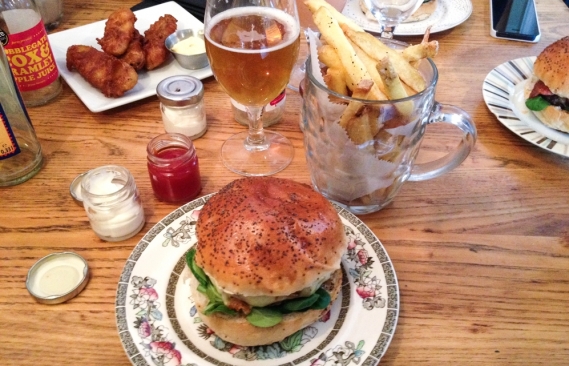 We are burgers lovers, they'll get a hold on you believe it.

Like no other, before you know it we'll be on our knees (eating burgers of course, which is perhaps a little strange).

Anyhoo, once again, apologies for the tardiness of our latest review but what with Christmas, the New Year, dry January and the new far left, far right coalition government in Greece, we've been too busy to go out burger chuffing.

But, never fear, we're back, and now with a brand new player on the team; Code 7's copywriting powerhouse, Abby. (Fun fact: Abby has never been on a boat).

This month we rocked on over (despite our ages) to the Brighton Beer Dispensary on Dean Street, in the heart of the city. Now, I know what you're all thinking, it doesn't sound like the type of place that you'd expect to find an explosion of beefy burger deliciousness. It's a beer dispensary right? Well, dear readers, that's where you'd be wrong.

The Brighton Beer Dispensary (which does serve beer, you'll be pleased to know) has been building up a loyal army of burger eating followers of late thanks to it's small but downright tasty range of locally sourced 'burgers of distinction'. Well, that and its incredible range of craft beers, of course.

Currently, the menu consists of 6 varieties of burger, ranging from the standard 'Wilson Pickett', which is a classic american style cheeseburger through to the 'Vegebello' which, as the name suggests, is 100% veggie, made from mushroom and Brie.

In terms of choices, Greg got involved with a cheeky little spicy number imaginatively titled the 'Voodoo Chile'(?).

Tristan, Abby and Stuart all went for 'The Trophy' (although Tristan specifically requested nothing green), which included bacon, cheese and BBQ sauce. The menu states that this is a 'burger for winners', which in some ways explains why Greg and Dan chose something different.

Dan, as is always the case, conservatively opted for the 'Wilson Pickett', as he likes to get a feel for the burger and nothing else. He sure does love dem plain, fam.

We ordered 5 'pints' of chips, which were delicious; hand cut and skin on. Perhaps, you could say that they were a little over seasoned but that's being picky.  And finally, we shared some 'Beerkins'! These little beauties were deep-fried, beer battered gherkins, served with a mustard mayo! Word.

So, the money shot. What did we think?

All in all, we were mightily impressed. All the burgers were served up in a tasty, shiny, seeded brioche bun, which held together under some pretty testing conditions. The burger patty itself was juicy, tasty and really nicely seasoned but we all agreed it could have been a little bigger (again, this is being picky but we all said it).

The added ingredients were all excellent too. The bacon and caramelised onions on the 'Trophy' were mouth-wateringly tasty - so much so that Tristan and Abby, who don't really enjoy onions, didn't even realise they were eating them!

We're scoring the Brighton Beer Dispensary pretty highly. It's not our number 1, but if you haven't tried it out we strongly suggest you give it a go. If not for the burgers, go for the beer! There's almost too much choice!

See you next month burger lovers - hit us up on Facebook or the Twitters if you've got somewhere you want us to check out.