The Troll's Pantry at The Hobgoblin 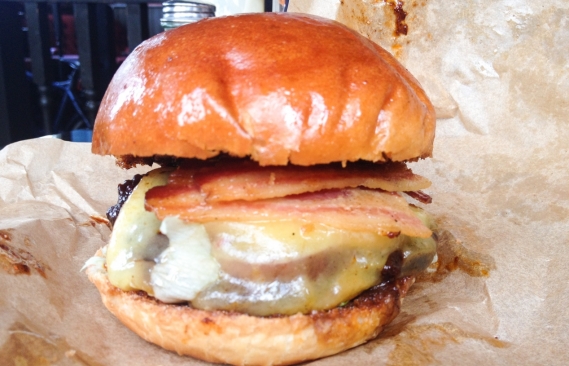 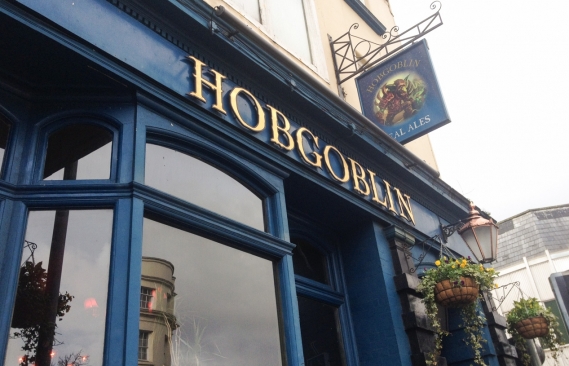 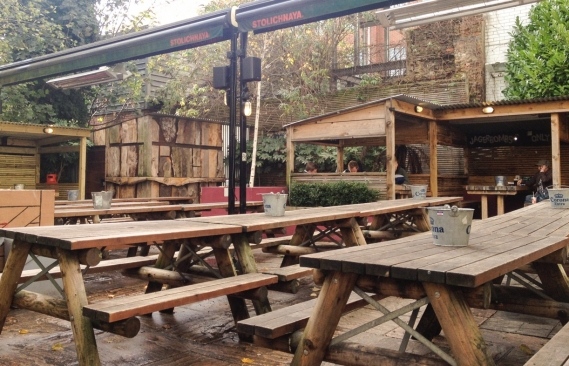 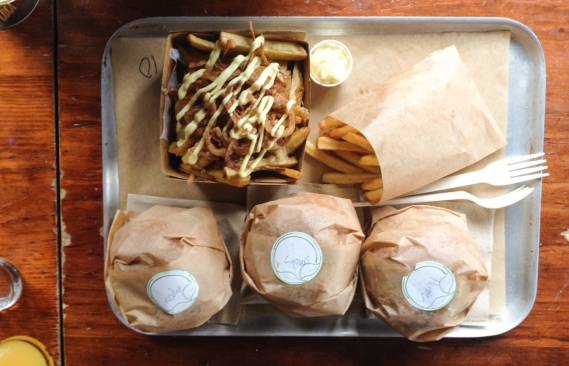 After a 7 week hiatus the Code 7 tasting team are back in effect - yeah, boyeeeeeee!!!

Apologies for the Flava Flavism, y'all, but I'm really rather excited to be bringing you news of our latest visit to one of Brighton & Hove's burger joints.

This week saw the team, minus our head developer, visit The Troll's Pantry at The Hobgoblin in York Place, Brighton. A couple of the boys had been here before during the course of their regular human lives, but were keen to revisit and give it the once over in their capacity as self appointed burger aficionados.

To give a bit of background to the Troll's Pantry narrative let me give you a little rewind to where it all began. Originally, this project started out as a street food venture being run out of a trailer in around around the Brighton & Hove metropolis, and subsequently at the Woodstore Brighton. As demand grew they eventually outgrew the trailer and moved into the Hobgoblin. They do, however, still trade at Street Diner every Friday lunchtime.

Similar to Coggings & Co, which we visited in September, Troll's Pantry's ethos is very much geared up to providing sustainable, organic ingredients, sourced locally from high welfare farms where possible. They also promote a 'zero food waste' policy where all their vegetable food waste is composted and used to grow more ingredients. Thumbs up!

On to the main event - the burgers! All three testers opted to take on a different menu item to try and strike a bit of a balance and to give our loyal readership a wider overall view.

There are six main menu items at Troll's Pantry, four meaty treats and two veggie burgers, which is always nice to see (particularly when your wife is vegetarian!). The burgers are made from 35 day aged beef, ground on the premises, and sourced from a local conservation project at Knepp Castle Estate. The buns are buttered and described as 'toasted artisan'. Of course they are.

Dan, creator of the Code 7 empire, took on the aptly named 'Imperial' burger, which is described as Troll's Pantry's classic New York style cheeseburger. There's no processed cheese here though, burger fans. Oh no. The cheese is West Sussex's 'St Giles' from the High Weald Dairy in Horsted Keynes. It's also packed with iceberg lettuce, onion, and pickles as well as French's american mustard and organic tommy k. Believe.

Stuart, opted for the 'Legend of Smokey Mountain' burger, the most expensive item on the menu (Dan's paying, don't forget). This classic BBQ bacon burger is made all the more enticing by way of the locally sourced ingredients throughout. The sauce is made using organic local toms, bitter from Langhams brewery in Petworth and delicious victorian spices.

Greg, Code 7's favourite caveman, got stuck in to the 'Hunter' burger which is Troll's take on a Kentucky style steak burger. The sauce is a rich, creamy, bourbon, peppercorn affair made with local cream. Like the 'Legend' it also comes served with Forresters cheese and porter infused onions, as well as lettuce and mayo.

So, what are you saying then?

Tricky one this. We all felt that all the ingredients are here for a veritable feast of burger deliciousness, but for this visit we just weren't feeling the love. Individually, it all works but put it all together and it just doesn't feel right. It's kind of hard to explain.

The burger patty itself was ok, juicy enough, relatively tasty (not setting the world on fire) but was a little on the small side. The bun seemed to dwarf the burger and the meat just got a bit lost, especially on the BBQ burger where the sauce, which was delicious by the way, was all you could taste.

One thing we did rate highly were the fries. We all shared one portion of standard fries (£3.50), which are triple cooked, skin on and sprinkled with smoke and herb infused sea salt. We also ordered a sharing platter of Troll's 'Hunter Fries' (£6.50), which are the same as the standard fries but smothered in a creamy cheese and bourbon peppercorn sauce and then topped with bacon bits and fried onion. Very tasty indeed, although a little on the pricey side.

I've seen some reviews on other sites where customers have been a little underwhelmed with the service or the pub itself. No complaints here though, the service was absolutely fine; the staff were friendly and helpful. I understand that the Hobgoblin gets very busy in the evenings but we went Friday lunchtime and the atmosphere and surroundings were perfect conditions for munching burgers.

All in all, a solid performance from Troll's Pantry and I'd be keen to go back and give it another try. I've seen some fantastic reviews elsewhere and we may have just been unlucky on the day. Everything is there for them to produce some outstanding burgers. Our word is not final on this one! Get yourself over there and check them out for yourself. Maybe we'll see you there.

Want to visit The Troll's Pantry at The Hobgoblin?

The restaurant is accessible via steps up which is not ideal for wheelchair and there is limited parking in the vicinity, with the exception of one of two expensive car parks. The toilets are not accessible.